Patchwork and other crafts related to 2014 Sochi Winter Olympic Games

On Sunday 23rd of February 2014 the Winter Olympic Games of Sochi came to end and I am sorry for not having written this article earlier.  I had already seen the banners and I related those Games to patchwork from the first moment.

However, it was only a few days before I write this article that I came over an article about the Image of the Games. And then I decided to share my knowledge with you. The whole image of those Games was a feast. A feast of colors and crafts!!!! The designers used a variety of Russian crafts to make their work.

One may read on Bosco’s site (http://sochi2014.bosco.ru/en/). Bosco was sponsor of the Games and the designer and provider of the banners as well as many of the objects related to the Games sold during the Games.
Every region in the world is proud of its unique origins and it is no different in Russia. That is why there are so many different traditions, songs and crafts that highlight the individuality of their creators, each valuable in its own right.Bosco had a wealth of choices to represent Russias rich diversity, but in the end we settled on something familiar, warm and welcoming the patchwork quilt.
In the concept design, every patch was infused with the history and personality  of traditional crafts from each of Russias 89 regions: in a single tapestry we combined painting, lace and every Russian pattern. That is how we arrived at a modern, distinctiveand unmistakeably Russian Look of the Games” 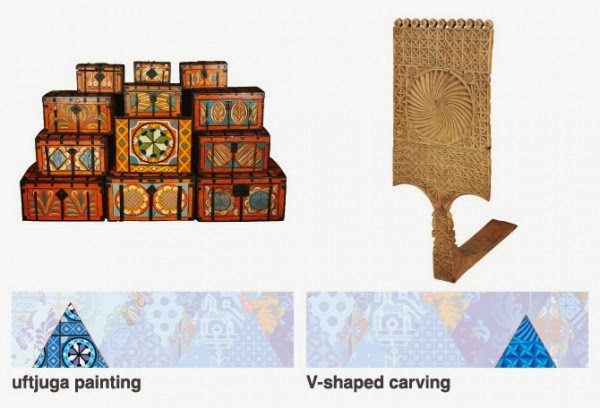 I am pretty sure that many among you have already recognized objects that a friend of yours brought from a trip to Russia.
The designers copied all those traditional objects and made the Image of the Games. A nice multicolor patchwork

And they put this image allover: on the uniforms 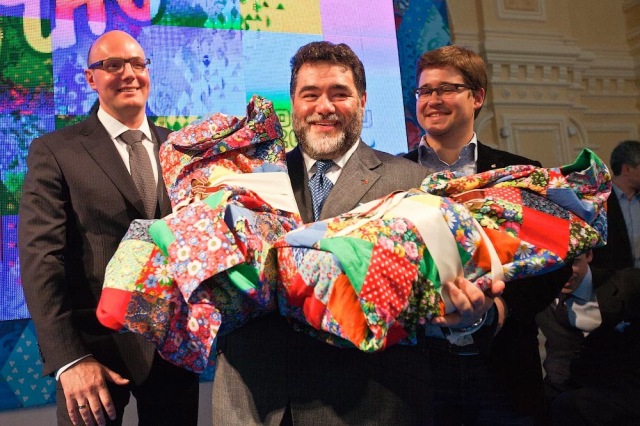 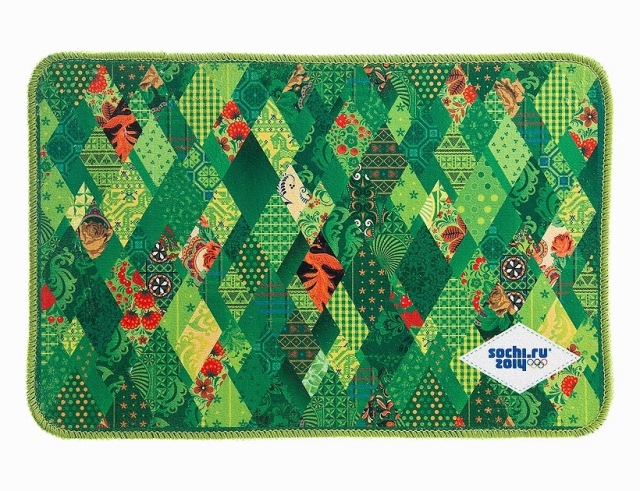 On medals and their ribbons 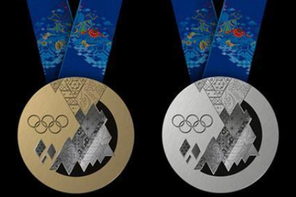 On their planes and trains 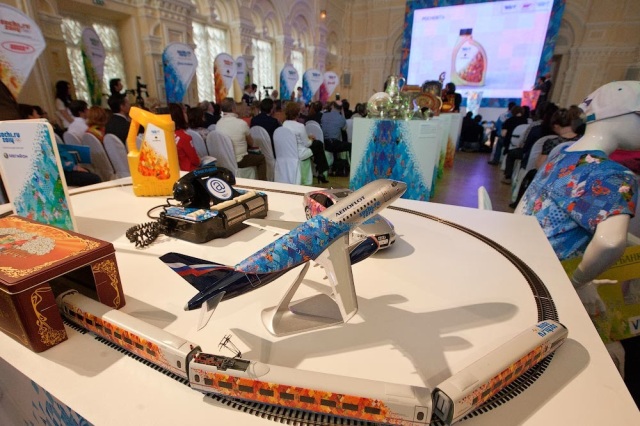 And they generally fill up their whole country with patchwork made by crafts of every Russian corner.

And because those Games were named as the Games of the Crafts, I am closing this article with two photos that many of you might have already seen on the internet. The uniform of the USA team.  Made as a patchwork piece by many knitted piece. 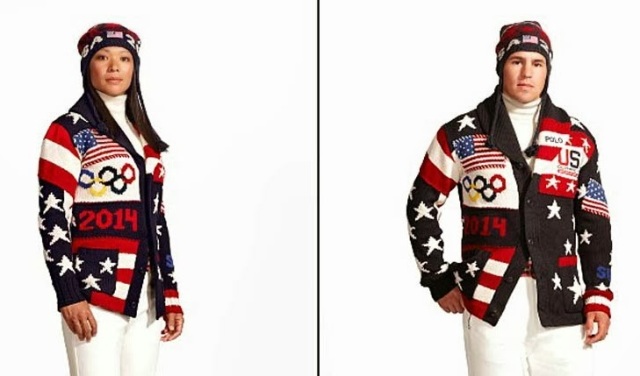 And the Finnish coach who knits while his athlete is about to compete….